Vedanta sees QoQ fall in profit and revenue; stock ends in the green


Metals and mining major Vedanta reported a consolidated net profit of Rs 4,421 crore for the June 2022 quarter, up 4.66 per cent year-on-year (YoY). But this was lower than Street estimates, which came in at Rs 4,572 crore, according to Bloomberg. Sequentially, Vedanta’s net profit declined 23.7 per cent from Rs 5,799 crore. 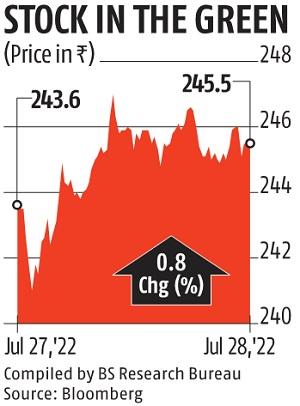 Vedanta’s earnings before interest tax depreciation and amortisation (Ebitda) stood at Rs 10,741 crore in Q1, up 7 per cent from Rs 10,032 crore reported a year ago. But the figure was down 22 per cent from the March quarter, when Ebitda came in at Rs 13,768 crore. Bloomberg consensus estimates had pegged Vedanta’s Ebitda in Q1 at Rs 12,292 crore.


The company said that though operational performance improved in the June quarter, gains were partially offset by higher cost of production amid input cost inflation. The Ebitda margin was 32 per cent in Q1 versus 41 per cent a year and 39 per cent in the March quarter.


Vedanta has operations in metals, such as zinc, aluminium, copper, iron ore, and steel, apart from oil and gas, and power production.


During a media call, Sunil Duggal, CEO, Vedanta, said that coal linkages were getting better and this helped ease supply constraints in the market. “Going ahead, softening of commodity prices will ease the cost pressure to a substantial level.”