Government Announcement
By businesstantra
May 12, 2022


The Toyota Fortuner has a new range-topping variant in India, the GR Sport (GR-S). Priced at Rs 48.43 lakh (ex-showroom, Delhi), the GR Sport is the most expensive Fortuner on sale in the country with prices up a notable ₹ 3.8 lakh more than the Fortuner Legender 4×4. The premium pricing brings a host of cosmetic and even a few mechanical updates. Unlike the Legender which can be had in 4×2 and 4×4 automatic variants, the GR-S is available solely in a 4×4 automatic variant.

While based on the Legender, the GR Sport gets a new front bumper with a redesigned air dam and fog lamp housings and GR badging. Down the sides, the Legende’s dual-tone alloys make way for dark finished units while at the rear it features a tweaked bumper and a body-coloured trim piece running between the tail-lamps. The GR-S also gets red brake callipers wearing the GR logo. 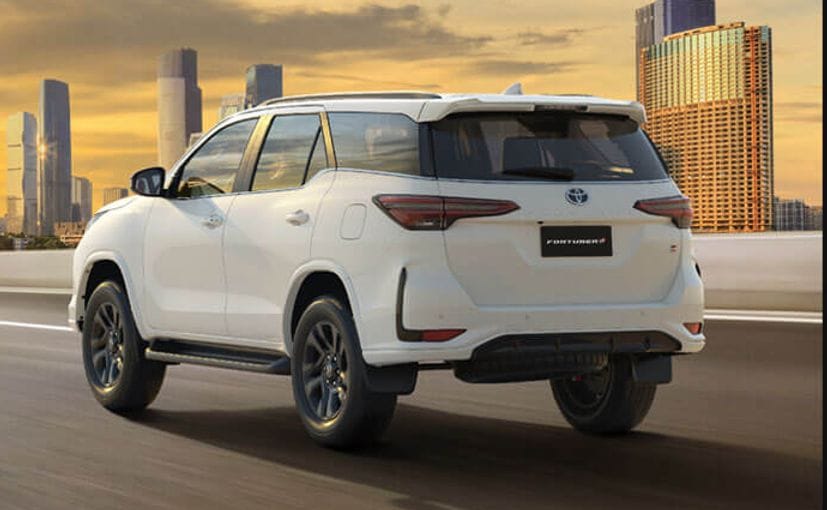 Step inside and the car is adorned with cosmetic updates to give it a sportier look and plenty of GR badging. The seats are finished in black leather and suede upholstery with red stitching and GR logos in the headrest. The instrument panel and centre console also get a different trim finish while the steering too bears the GR logo.

On the equipment front little has changed over the standard Legender with standard features including dual-zone climate control, an 8.0-inch touchscreen, connected car tech, a JBL audio system, gesture-controlled tailgate, stability control, 7 airbags and traction control to name a few. 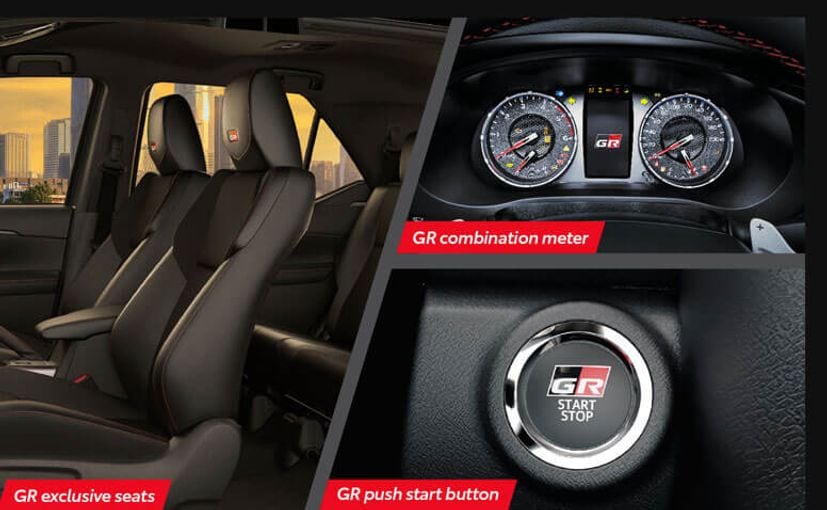 GR badging located in multiple places throughout the cabin.

Mechanically, while the engine output remains unchanged, Toyota has revised the suspension. The SUV gets a set-up re-tuned by GR so we could expect a difference in ride quality to the standard model. Powering the Fortuner GR-S is the familiar 2.8-litre diesel engine developing a notable 201 bhp at 3000-3400rpm and 500 Nm of peak torque between 1600-2800rpm. The unit is paired with a 6-speed torque converter automatic gearbox while four-wheel drive is standard on the GR-S.