Government Announcement
By businesstantra
May 11, 2022

The next Silicon Valley may not exist. Here’s what smaller hubs can do to attract VC dollars 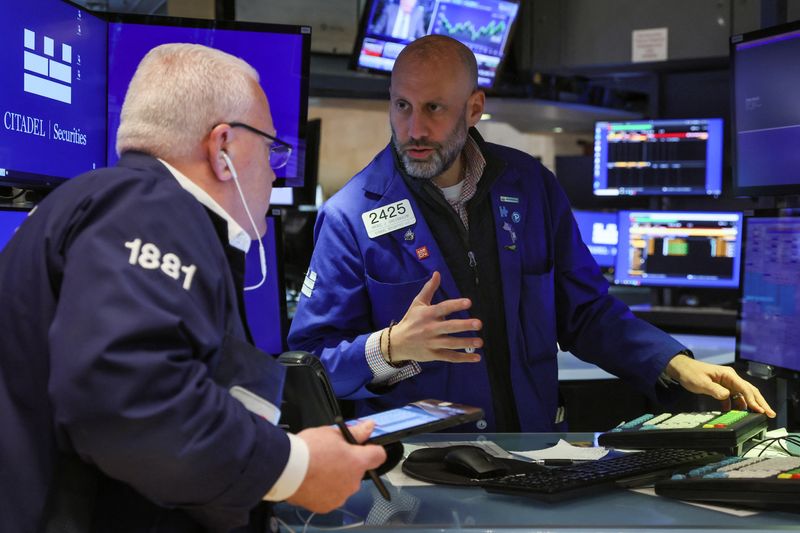 By Amruta Khandekar and Devik Jain

(Reuters) -The and the Dow rose in choppy trading on Wednesday as banks and energy shares gained, while the tech-heavy Nasdaq came under pressure after inflation data cemented expectations of aggressive interest rate hikes.

The monthly rise in inflation was much smaller compared to the 1.2% surge in March, the largest increase since September 2005.

The so-called core CPI increased 6.2% in the 12-months through April after a 6.5% jump in March, which was largest gain since August 1982.

“It was the core number that gave people pause. It was a little higher but was it anything dramatic? Not really. Last month was way below what people expected,” said Jim Paulsen, chief investment strategist at The Leuthold Group in Minneapolis.

“At the end of the day we can get all excited about whether it is a little higher or a little lower, but clearly the year-on-year inflation rate rolled over and looks like it peaked in March. It seems to have turned the corner.”

Cyclical sectors such as materials rose 1.8%, while financials and industrials added 1.1% and 0.7%, respectively. Banks climbed 1.2%.

“It is speculation but it is driven on the perception of what rates are going to do. So if the Fed is not as aggressive down the line, investors are taking a shot that the economy is going to be okay, rates are not going to have that upside pressure,” said Andre Bakhos, managing director at New Vines Capital LLC in Bernardsville, New Jersey.

“It is more of a very short-term move in the cyclicals … the market is trying to maneuver and jockey around what the Fed is going to do.”

However, the prospect of rising interest rates dented growth stocks, with megacap companies such as Amazon.com (NASDAQ:), Microsoft Corp (NASDAQ:), Apple Inc (NASDAQ:), Meta Platforms and Tesla (NASDAQ:) Inc down between 1.4% and 2.5%.

The S&P 500 growth index slipped 0.6% as compared to a 1% rise in its value counterpart on Wednesday.

The S&P 500 has fallen more than 15% and the Nasdaq over 25% so far this year as concerns around Fed policy moves, the Ukraine war and the latest coronavirus lockdowns in China have deepened worries of faltering global economic growth.

Coinbase (NASDAQ:) Global Inc slid 22.3% after its first-quarter revenue missed estimates amid a turmoil in global markets which has curbed investor appetite for risk assets.

The S&P index recorded one new 52-week highs and 49 new lows, while the Nasdaq recorded 10 new highs and 793 new lows.

The next Silicon Valley may not exist. Here’s what smaller hubs can do to attract VC dollars