Countering social media complaints with trolls is one of the popular ways to downplay criticism. Social media is one of the major parts of the business, influential people and even common man around the world. With the power of social media, businesses want to keep their image clean. One of the infamous ways to do that is to use trolls. Ola Electric is allegedly using troll accounts to go after its own customers.

So many of you have already read this by now. But for those who haven’t, here it is. I’ve documented over a 100 accounts with dubious tweeting patterns:
In defence of Ola Electric, a network of dubious social media accounts#OlaElectric @liveminthttps://t.co/SuU93l2azy pic.twitter.com/BcdUEW3ejX

Livemint says that a network of coordinated Twitter handles is allegedly working to help Ola Electric by criticising the complaints posted by the customers. The handles are trying to keep the image of Ola Electric clean on social media including Twitter. The report says that these troll accounts are likely created by digital media agencies or freelance networks that work for multiple agencies.

Mint documented more than 50 such accounts. Most of these trolling accounts were found replying to Balwant Singh, who is a government employee in Guwhati. We got you the story of Balwant Singh a few days ago. His son was involved in a high-speed accident on the Ola Electric S1 Pro. Balwant alleged that the accident was caused due to faulty regenerative braking system.

However, Ola Electric released the data after a few weeks and denied the charges. The Ola Electric data shows that the scooter was doing high-speed runs when the accident happen. Balwant Singh then filed a petition against Ola Electric for releasing sensitive data publicly.

This tweet’s replies also will just prove my point! https://t.co/48uIjB8jkL

Yesterday, Ola CEO Bhavish Aggarwal refuted the reports that the claim of a coordinated network of Twitter accounts exists only to praise fo his company. He insisted that the Ola and Bhavish himself are subject to “one of the biggest troll attacks in corporate India.” Bhavish added that his tweets get more replies than the prime minister Narender Modi. 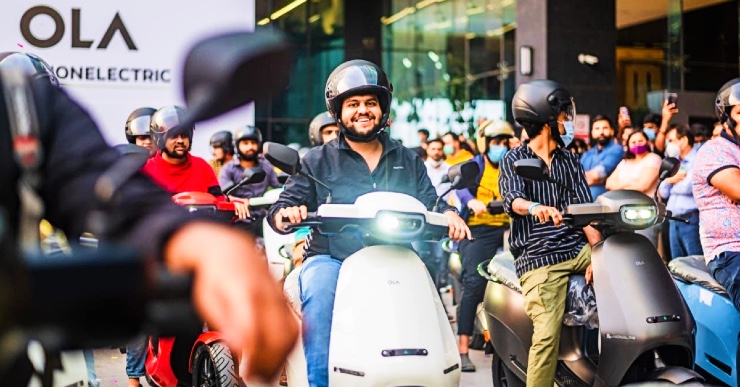 Ola Electric is yet to release an official statement following this allegation by the scooter owner. That being said, it seems that the tough times for Ola Electric are not going to end anytime soon.