Maruti Grand Vitara Vs Toyota Hyryder – All Differences In 10 Pics

While both are essentially the same product underneath, they do come with certain differences both in terms of styling and with the features offered 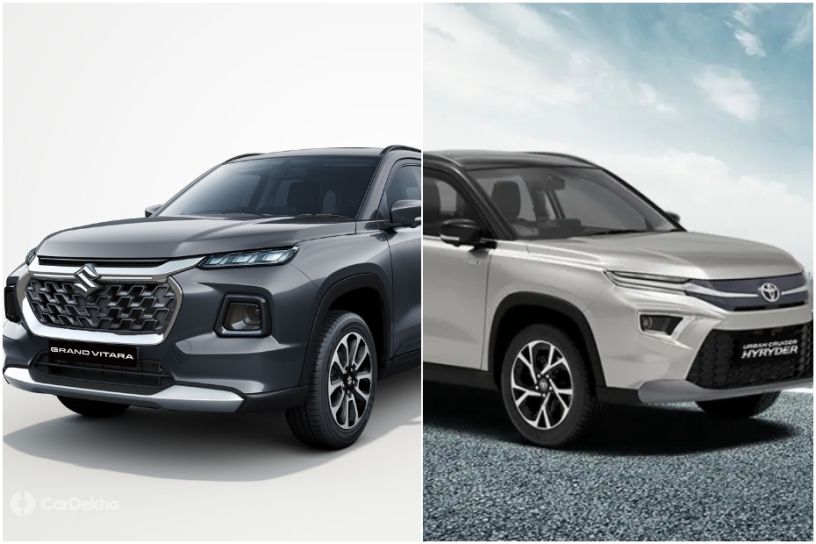 Maruti’s Grand Vitara has been revealed ahead of its launch in September 2022. The nameplate makes a comeback after almost a decade and now represents a sophisticated, strong-hybrid compact SUV.

Now let’s keep in mind that Toyota and Maruti Suzuki have co-developed the Grand Vitara and Hyryder SUVs. Both cars use the same platform and powertrains. Before diving into differences, let us first see about the identical bits in the two Indo-Japanese SUVs. Beginning with the powertrains, they are offered with an option of two engines, which are as follows: 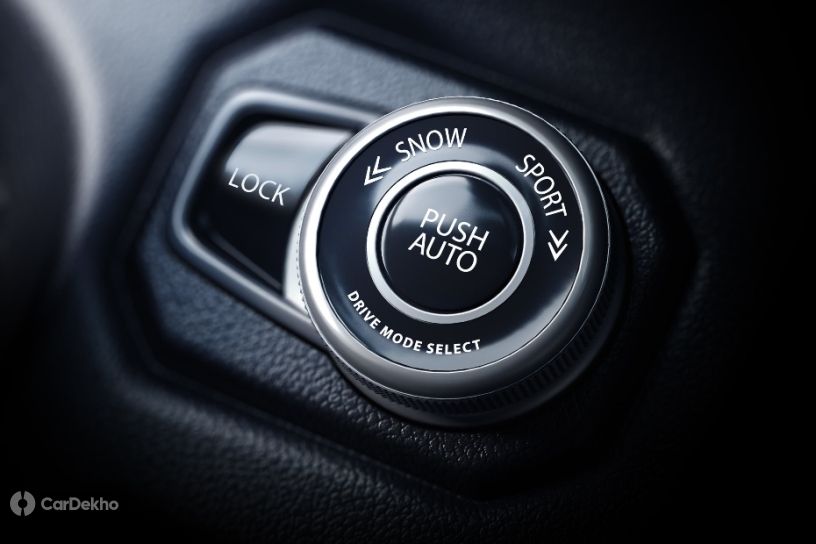 The similarities don’t end on the powertrain front, as both SUVs get the exact same equipment list in their range-topping variant. Some of the prime features that these SUVs offer include full LED lighting with auto headlamps, a panoramic sunroof, a 9-inch touchscreen infotainment, connected car tech with limited remote operation, rain-sensing wipers, a digital driver display, head-up display, ventilated front seats, up to six airbags, a 360-degree camera, and hill descent/hold assist.

So now that we know there are plenty of similarities between the duo, let’s take a look at how these two SUVs differ, through photos:

The front profile of both the SUVs has been designed to make them look distinctive, the grille and bumper denote the family identities of their respective brands. The Grand Vitara goes with a broader grille, while the Hyryder gets a sportier air dam. The Toyota rather goes with a sleek grille and a faux carbon fibre finish, which add to the overall sportier appeal. Both of them, however, have the same dark silver skid plate.

The Grand Vitara and Hyryder’s headlamps are positioned on the bumper and there are no fog lamps present. While the LED headlamps of the Grand Vitara adopt a squarish-design, the Hyryder has a more angular design. While you may believe that the headlamp styling is nearly identical, the DRLs are worlds apart.

Maruti follows its new three-element NEXA DRL design, which was first seen on the facelifted Baleno. The DRL also doubles up as the turn indicator. As for the Toyota Hyryder, it gets a sleek split DRL lighting signature flanking the grille.

The side profile of both the hybrid SUVs looks identical, with design elements such as squared wheel arches, a rising window line, blacked pillars, and a flat roofline.

You get 17-inch dual-tone alloy wheels on the Grand Vitara and Hyryder, but with different designs.

Other than this, their rear profiles look very similar, sharing elements like the rear bumper, skid plate, and vertically-placed reverse/turn indicator on either end of the rear bumper. 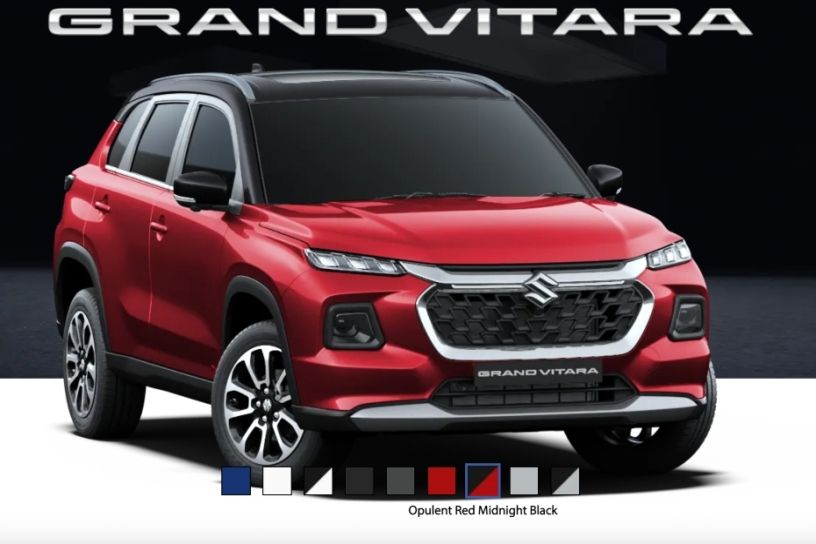 The Grand Vitara will be available with nine colour choices, including six monotone and three dual-tone options. They are as follows:

As for the Hyryder, it’s also offered in nine different shades, including seven monotone and four dual-tone colourways, which are as follows: 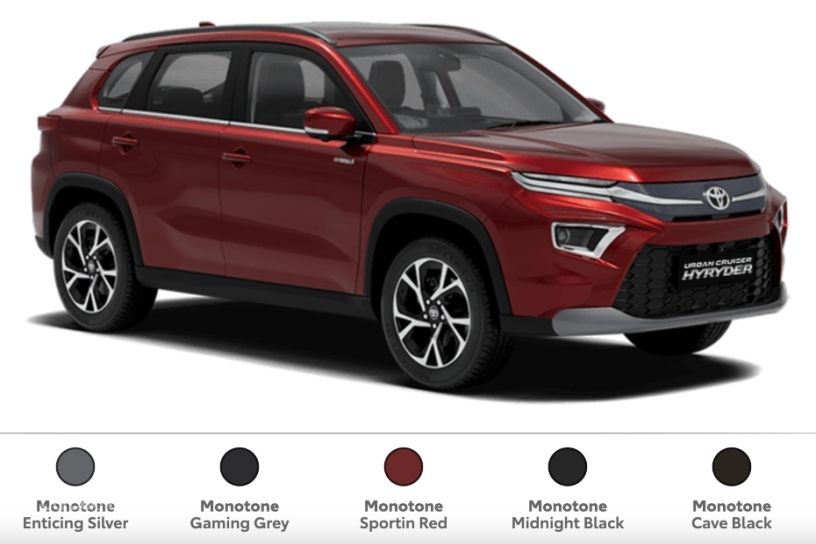 Unlike the distinctive exterior styling, the Grand Vitara and Hyryder’s cabins look largely the same. The only difference seen is with the interior shade. The Vitara’s mild hybrid variants have a cabin finished in a dual-tone black and bordeaux (maroon) shade, while the same variants of the Hyryder get an all-black theme.

As for the strong-hybrid variants of the Vitara, they receive an all-black shade with champagne gold accents, but the Hyryder goes with a dual-tone black and brown theme. The dashboard layout, AC vents, climate control panel, steering wheel, and the centre console of both SUVs look identical.

The Maruti Grand Vitara will go on sale in September, and the Toyota Hyryder will also be launched around the same time frame. Both are expected to be priced from around Rs 9.5 lakh (ex-showroom). The strong-hybrid SUVs will rival the Hyundai Creta, Kia Seltos, Volkswagen Taigun, Skoda Kushaq, and MG Astor.