Government Announcement
By businesstantra
May 15, 2022

Maruti Suzuki is on a roll this year....
Read more
Government Announcement 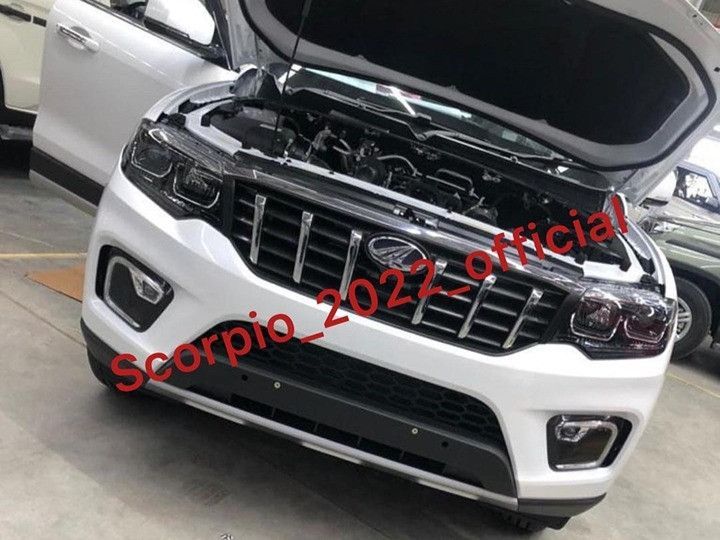 The new Mahindra Scorpio already has us excited with its powerful engines and “big daddy of SUVs” tag. Official teasers have given us a glimpse of some of its design cues, and now, a set of leaked images have revealed even more of the SUV.

Higher-spec variants of the next-generation Scorpio will get fog lamps with chrome surrounds and LED projector headlights.

From the sides, the new Scorpio looks muscular with flared wheel arches and seemingly, a relatively longer wheelbase than the existing Scorpio. The 2022 Mahindra Scorpio retains its predecessor’s upright stance but looks distinctively sleeker. It has 5-split-spoke alloy wheels with a dual-tone finish.

At the rear, we can clearly spot the Christmas-tree taillights that start at the upper edge of the rear windshield and feature a Volvo-esque aesthetic. The tailgate is still side-hinged and features a layered design. But lower down, the chunky rear bumper features a full-width chrome strip and a faux skid plate at the bottom.

Although the leaked photos don’t show the interior, previous spy shots have revealed a plusher cabin with features such as a sunroof, dual-zone climate control, 8-inch infotainment touchscreen and a 7-inch MID for the driver’s instrumentation. It’ll get safety features such as six airbags and a 360-degree camera.

The 2022 Mahindra Scorpio will get the same 2-litre turbo petrol and 2.2-litre turbo diesel engines as the XUV700 and Thar. Its power figures are expected to be similar to the XUV700, in which the petrol engine is tuned for 200PS and the diesel is available in 185PS and 155PS states of tune. The standard gearbox will be a 6-speed manual, and a 6-speed automatic transmission option will be available. Both petrol and diesel engines will be offered with a four-wheel-drive (4×4) system.

The new Scorpio is expected to be unveiled later in May, and it’ll be launched sometime next month. It’s likely to be priced from Rs 10 lakh onwards (ex-showroom), which will put it on par with the Hyundai Creta, Volkswagen Taigun and Skoda Kushaq in terms of price.

Maruti Suzuki is on a roll this year....