Government Announcement
By businesstantra
May 4, 2022


Reports about Hyundai and Kia planning to launch electric vehicles in India were reported in several online websites including ours. Kia is probably going to be the first to launch the electric vehicle in the market. Kia is planning to launch the EV6 in the market and they recently have released a teaser video for the upcoming EV6 electric SUV. The teaser video also mentions that the bookings for the all-new Kia EV6 will start from 26 May 2022. Kia EV6 is already available in international markets however, it is Kia’s first ever electric vehicle model in India.

The video has been shared by Kia India on their YouTube channel. In this teaser video, the headlamps of the Kia EV6 is shown along with overall side profile design of the electric SUV/crossover. It must be noted that Kia will not be manufacturing EV6 in India. It will be sold as a CBU model which means, it is going to be priced expensively. Reports suggest that Kia might bring only 100 units of EV6 to India initially. The booking would start by the end of this month and the deliveries and official launch of the EV6 is expected to happen some time in August this year. There is a possibility that Kia might switch to CKD by 2023 depending up on the response from public. 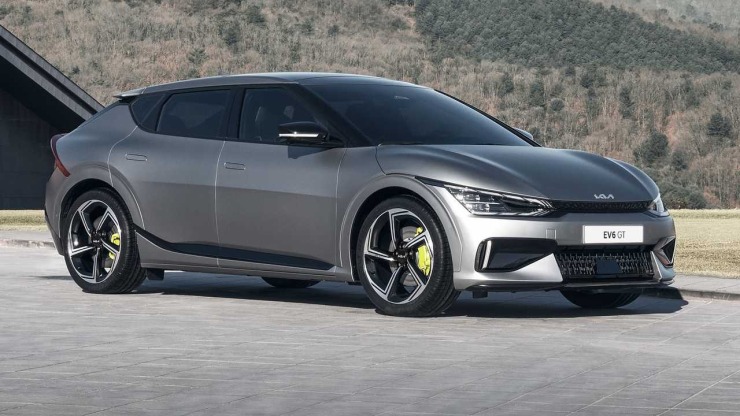 Kia EV6 has already reached some of the dealerships and couple of videos of the same have also surfaced online. As it is being imported in limited numbers only select dealerships would be selling the EV6. Internationally, Kia offers EV6 in three trims. There is a Standard Range, Long Range and GT variant. Kia is expected to launch the top-end GT variant which comes e-AWD and 77.4 kWh battery that offer longer driving range. The electric motor in the EV6 generates 302 bhp and 605 Nm of peak torque. As this is an e-AWD model, it gets two electric motors. One for the front wheels and the other for the rear. Kia might bring the 2WD variant in the market after it starts assembling EV6 in India. Both Standard and Long Range version of EV6 is available with both 2WD and 4WD formats. The GT variant on the other hand comes with a 4WD configuration only.

As mentioned above, Kia EV6 is going to be an expensive electric crossover for Indian market. The EV6 is expected to be priced somewhere between Rs 50 to Rs 60 lakh (ex-showroom). Just like other models from Kia, EV6 also gets a very sharp and premium looking design which looks sporty as well. When launched Kia EV6 will have no direct rivals in the segment. Hyundai is also planning to launch the Ioniq 5 electric crossover in India. It is expected to be launched during the festive season or by the end of this year. Unlike Hyundai’s Kona EV, the Ioniq 5 is likely to be assembled here in India to keep the cost in control. In comparison to Kia EV6, Hyundai Ioniq 5 is expected to be less expensive when launched.

Bhubaneswar: The petrol and diesel prices have...
Government Announcement

New Maruti Brezza 2022 will get a significant...