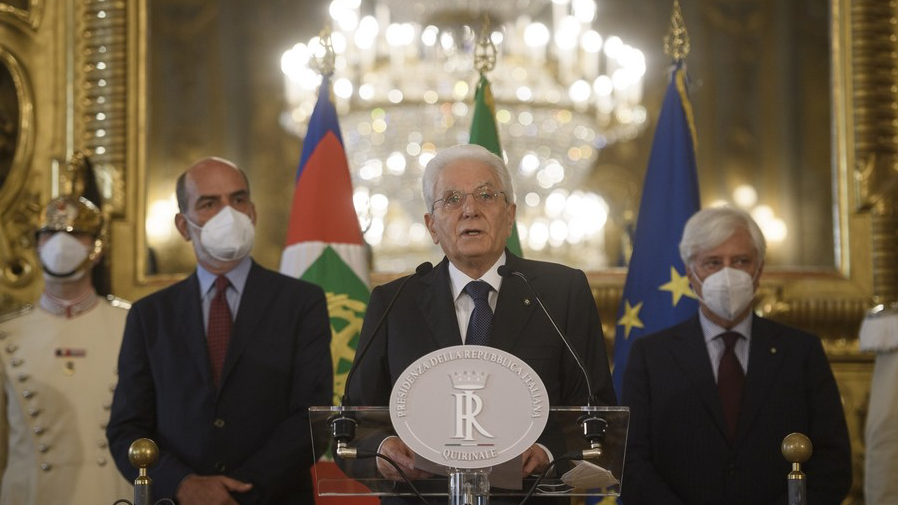 Editor’s note: Freddie Reidy is a freelance writer based in London. He studied history and history of art at the University of Kent, Canterbury, specializing in Russian history and international politics. The article reflects the author’s opinions, and not necessarily the views of CGTN.

June 21 bore witness to two significant moments in European affairs, the first was confirmation that Italian Prime Minister Mario Draghi would stand down following the collapse of his coalition government. The second was the announcement by the European Central Bank (ECB) that interest rates would rise by 0.5 percent.

While significant, both events carried with them an air of inevitability. Italy has had a staggering 69 governments since the World War II and a rise in ECB rates to 0 percent only follows moves by the U.S. Federal Reserve (Fed) and the Bank of England.

Acknowledging the “drag on growth” caused by the conflict in Ukraine, ECB President Christine Lagarde signaled an intent to gear up for a longer-term economic campaign. She said, “We expect inflation to remain undesirably high for some time owing to continued pressure from energy and food prices and pipeline pressures in the pricing chain.”

Curtailing eight years of ECB policy in raising interest rates above negative is of course a significant moment but many have questioned the impact of such action, especially compared with the steps taken by the Fed who are expected to announce a further rate in the coming weeks. The 0.5 percent rise is higher than the anticipated 0.25 percent increase.

Carsten Brzeski, chief Eurozone economist at ING argued that “Hiking rates by 0.5 percentage points and softening forward guidance shows that the ECB thinks the window for a series of rate hikes is closing quickly.”

One driving force of the more radical 0.5 percent increase stems from further energy issues as the EU requests members to begin natural gas rationing. However, the ECB is constrained in the scope of its intervention by the political realities within the bloc, in particular in regard to Italy.

Lagarde is acutely aware of Italy’s precarious economic position where inflation is at its highest level since 1986, while public debt stands at 150 percent of GDP. Italy’s ability to service its debt must be preserved to prevent a wider market shock.

A new Italian government also needs to continue a program of economic reforms required to secure the vital 200 billion euros ($204.54 billion) from the European recovery fund. Many of these economic reforms were behind the collapse of the Draghi government however and are by no means guaranteed to be delivered or at least not on the requisite timescale. 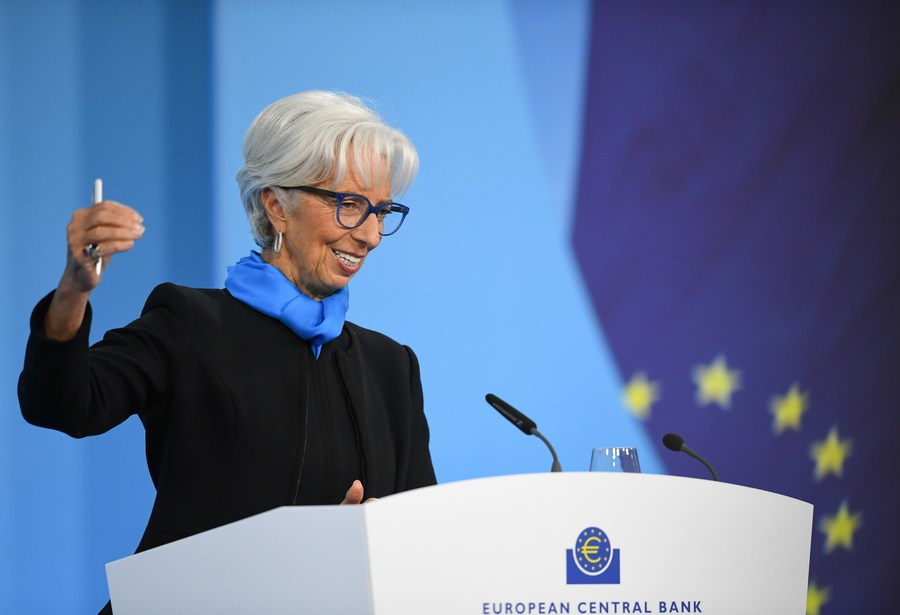 Speaking to the Financial Times, Krishna Guha, policy head at investment bank Evercore warned that “the combination of a brewing giant stagflationary shock from weaponized Russian natural gas and a political crisis in Italy is about as close to a perfect storm as can be imagined by the ECB.”

Evading an Italian economic crisis will depend on the residual political will to pass a 2023 budget while Draghi remains PM in the interregnum ahead of the forthcoming general election. The second necessity is speed in the formation of what will likely be a new right-wing coalition headed by Giorgia Meloni, the leader of the “Brothers of Italy” party. A political hiatus could spell economic disaster.

For the ECB and wider Eurozone, a swift resolution to events in Italy is vital as the EU can ill-afford a situation akin to the Greek bailout in 2010 which precipitated the ECB move to negative interest rates which it is only just withdrawing from.

The challenge for Lagarde and the ECB is the dual requirement to control both inflation and EU unity. The bank president has long resisted “mission creep” however, during times of economic hardship, money talks. The announcement of the new Transmission Protection Instrument (TPI) is a key component in this mission. The instrument is designed to protect against a situation in which the cost of borrowing between members increases to such an extent that an unprecedented exit from the eurozone is required.

Underscoring the severity of the situation, the TPI is unlimited in its purchasing power with Lagarde also asserting that the bank has “sovereignty” in how the tool is deployed.

The bank’s hope is that by rolling out its considerable economic arsenal with such force, it will calm markets and investors and negate its deployment. However, whether these economic defenses can withstand the forces of political reality remains to be seen.

(If you want to contribute and have specific expertise, please contact us at [email protected] Follow @thouse_opinions on Twitter to discover the latest commentaries on CGTN Opinion Section.)