With its brand Jockey, Page Industries was an early mover in the premium innerwear segment for men. Now, there are a whole lot of options. Long seen as a functional cloth category, men’s innerwear has emerged as a fashion statement for youth, aided by rising income levels and urbanisation.

From Nykaa-owner FSN E-Commerce to Calvin Klien, firms are lining up to tap into the Indian men’s innerwear market that may reach Rs 21,800 crore by 2028 (at a compound annual growth rate of 7 percent).

“For a long time, the idea behind men buying innerwear has been about sticking to the same brand and not thinking about it too much because we have never seen it as a priority garment. It’s more of an essential commodity,” said Shighra Mishra, a product manager at Max Fashion, an Emirati fashion brand under the banner of the Mumbai-based Landmark Group.

Mishra, who has been in the fashion industry for nearly 10 years, has seen the industry’s behaviour changing towards men’s innerwear. Women’s lingerie as a sector started with just camisoles and evolved into being a style statement, and so is the scene with men’s innerwear, he said.

“When Page Industries got Jockey in India, they revolutionised the market and started relating men’s innerwear with hygiene, fabric, comfort, and many other aspects,” said Mishra.

As the market of men’s innerwear expanded, major apparel brands and retailers — the latest being Nykaa with its GLOOT brand to “redefine an often-ignored space” — extended their product portfolios. 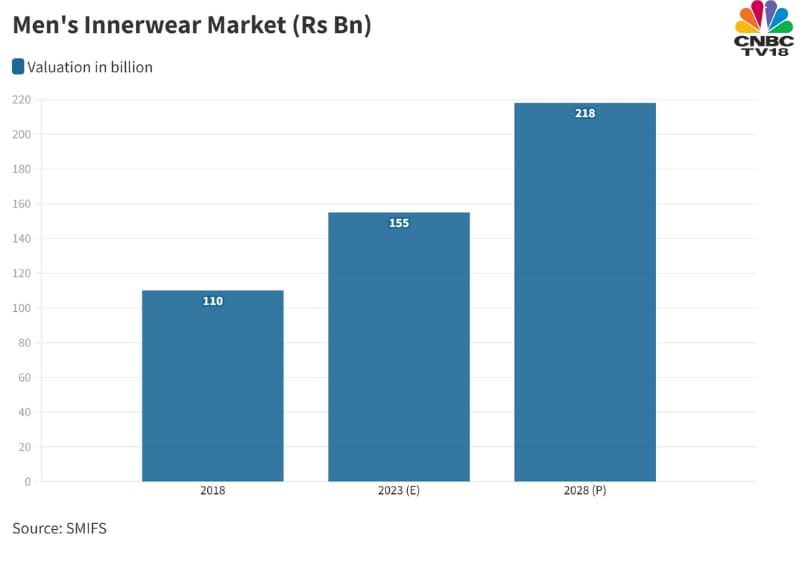 The price range goes from Rs 30 to Rs 1,200 a piece for the apparel, depending on the brand. Page Industries, the franchise owner of innerwear and athleisure brand Jockey, has been handsomely rewarded by investors, and the company’s first move advantage also helps cement its leadership position. There has been nearly a 16,000 percent growth in the shares of Page Industries since its initial offering, an indication of investor confidence in the company.

Page Industries’ share price has surged over 10 percent this year so far. 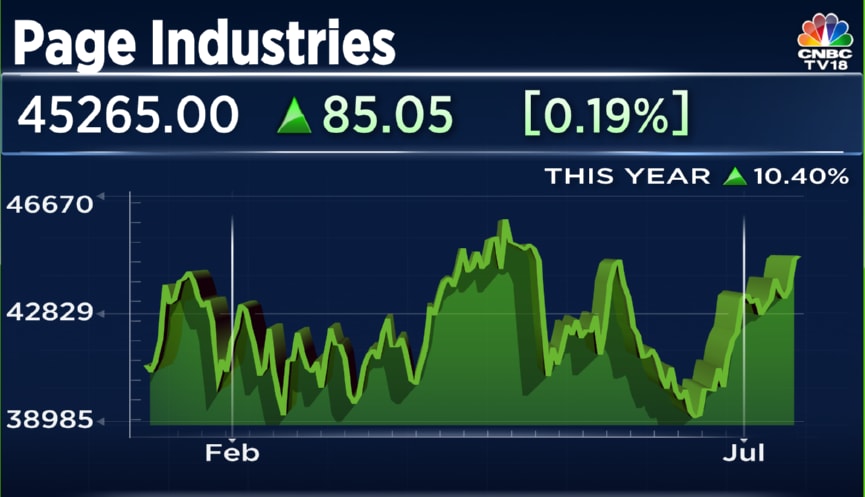 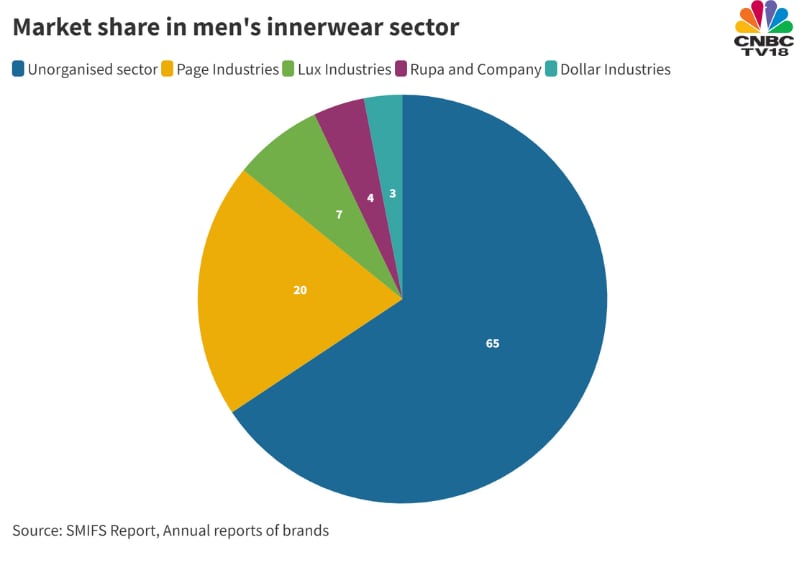 A report published in 2022 by investment firm Marcellus Investment Managers pointed out that by better branding and diversified product range, Page Industries has competitive advantages, which are more sustainable and difficult to replicate.

“The biggest competitor to Page Industries in the organised sector and premium section is Van Heusen, part of Aditya Birla Group. Still, their market share gains are small to affect Page right now. Page Industries has also performed better in the sector than other listed companies, hence, the domination,” said a research analyst from a top brokerage fund who has worked on the revenues and estimation for men’s innerwear brands.

Although with changing market trends and demand, Page Industries, other major brands and even smaller players have started focusing more on this once-seen invisible sector called men’s innerwear.

“Smaller startups have started to address the change and bought innovations targeting the GENZ generation, and large-scale brands like Page, Dollar, and Lux have seen this competition and changed their marketing, distribution, and product categories,” added fashion designer Vinayak Jain, who has been working in the men’s apparel industry for more than five years.

New age startups like XYXX, which recently got funding from cricketer KL Rahul, and FREECULTR, which bought tech innovations in its BreatheTech fabric, have been gaining popularity in the sector.

Apparel brands have noticed the change and have stepped into the sector. To manufacture and market premium fashion innerwear Pepe Jeans Europe entered an equal joint venture with hosiery giant Dollar Industries four years ago. The company also recently started making scented, breathable innerwear catering to the needs of the consumers.

Oban Fashions, a subsidiary of Kolkata-based Rupa & Co., acquired the FCUK and Fruit of the Loom brand licenses for its play in the premium segment. In addition to this, there are also a few domestic and international fashion brands vying for space in this category, such as Van Heusen, U.S. Polo Assn., and Tommy Hilfiger.

Future of what lies underneath

Industry experts believe that with new India, newer brands, and older brands investing in innovation, men’s innerwear is no more sidelined apparel. Instead, it is on its way forward to being the news style statement for growing fashion-conscious India.

“Men are becoming more and more conscious about innerwear. With newer avenues and online availability, access to the market has changed. Aggressive marketing tactics targeting the youth have made the apparel go from being a need to being something to show off,” added Jain.