The 2022 Grand Vitara will go on sale in September with prices expected to start from Rs 9.5 lakh (ex-showroom) 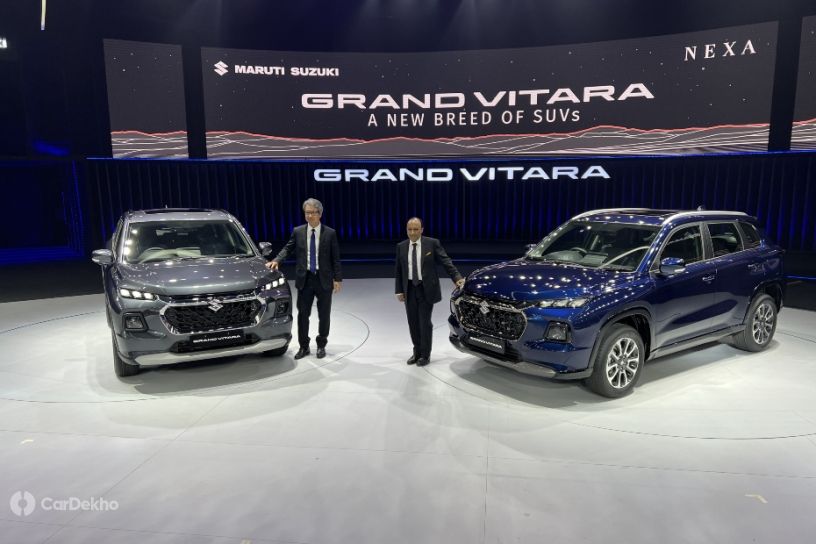 The new Maruti Grand Vitara has been revealed in its entirety and it will be replacing the S-Cross in the marque’s NEXA lineup. It becomes the carmaker’s new flagship offering in India and the first model in its lineup to get a strong-hybrid powertrain option.

The Grand Vitara is Maruti Suzuki’s version of the recently unveiled Toyota Hyryder, for both SUVs were co-developed by Maruti and Toyota. It will be offered in six trims: Sigma, Delta, Zeta, Alpha, Zeta+ and Alpha+ (last two for the strong-hybrid powertrain). 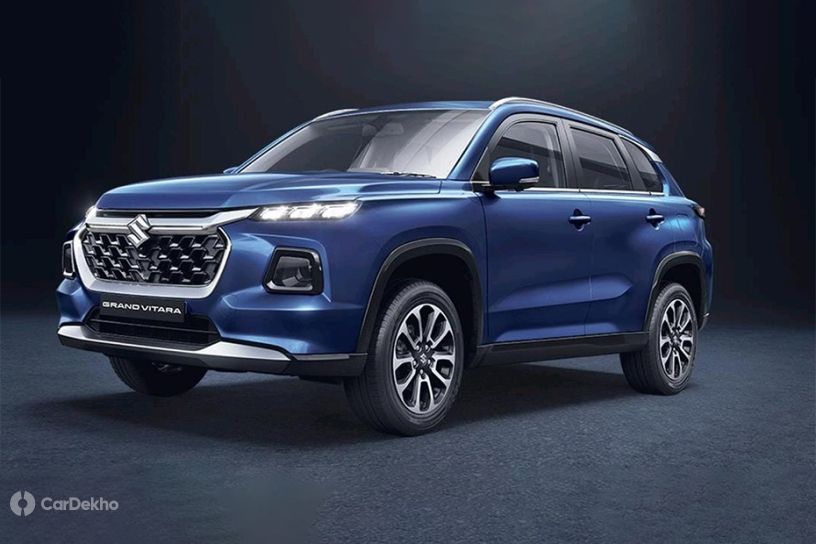 The new Grand Vitara follows NEXA’s ‘Crafted Futurism’ design language. It gets split-LED headlight and the latest tri-LED NEXA family DRL setup with a chrome strip running the width of the front fascia, and a mesh design for the front grille with silver surround. Thankfully, these changes are significant enough for one to be able to tell the Maruti SUV apart from its Toyota counterpart. 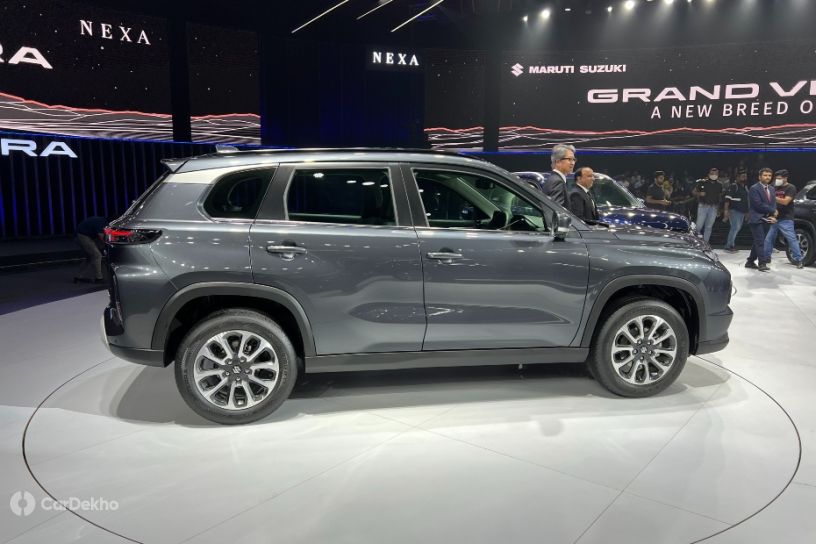 In profile, the Grand Vitara, unlike the Toyota Urban Cruiser Hyryder, doesn’t get any ‘Hybrid’ badges. It does ride on 17-inch alloy wheels, but they have a different design (machined-finished here) and look strikingly similar to those of the facelifted XL6. The SUV’s rear has wrap-around connected LED taillights mimicking the three-piece element of the LED DRLs and the ‘Grand Vitara’ moniker. The Maruti SUV will be offered in six monotone shades and three dual-tone paint options. 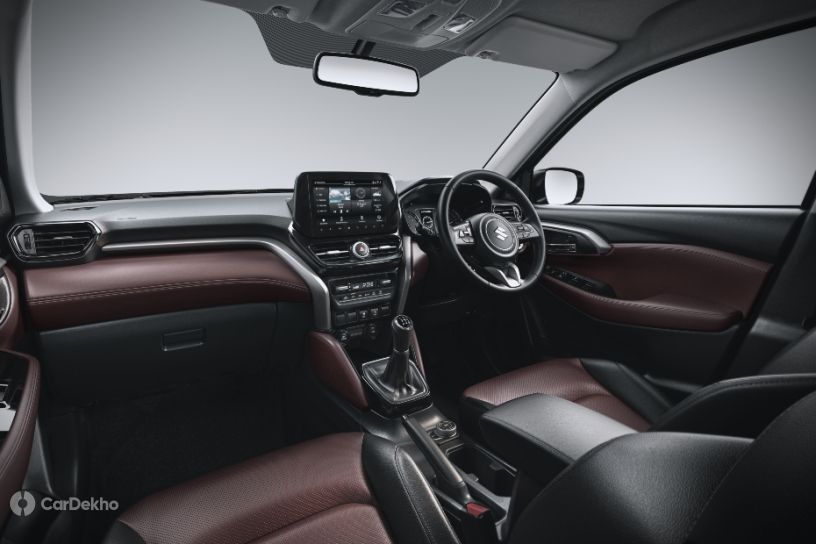 Inside, the new Grand Vitara has a near-identical cabin layout as the Toyota Hyryder with leather inserts and silver accents on the dashboard. However, Maruti has opted for a different dual-tone theme (black and maroon) for the mild-hybrid variants while the strong-hybrid trims get a black theme with gold accents.

Maruti has equipped its compact SUV with features such as a 360-degree camera, a head-up display, ventilated front seats, a digital driver display and a panoramic sunroof (the last two being a first for a Maruti car). The Grand Vitara also gets a 9-inch touchscreen (with wireless Android Auto and Apple CarPlay), wireless phone charger, and over 40 connected car features.

Passenger safety is taken care of by up to six airbags, hill-descent control, electronic stability programme, and a tyre pressure monitoring system.

Here’s a look at the powertrains of the SUV: 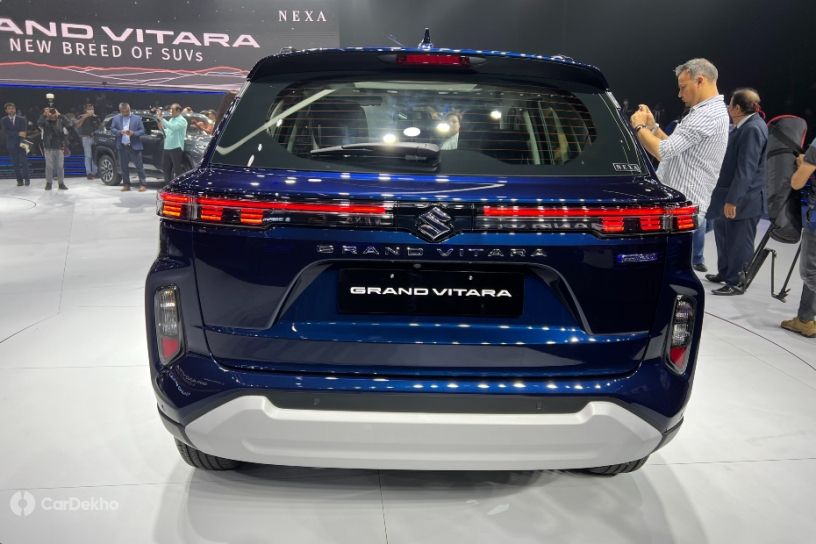 The Maruti SUV will enter production in August, followed by a launch in September. It could have a starting price of Rs 9.5 lakh (ex-showroom). The new Grand Vitara will fight it out with the likes of the Hyundai Creta, Skoda Kushaq, MG Astor, Kia Seltos, Toyota Hyryder and the Volkswagen Taigun.

Previous articleHere’s what happens when you text Michelle Obama
Next articleRakesh Jhunjhunwala re-enters this auto stock in June quarter; buys over 18 lakh shares